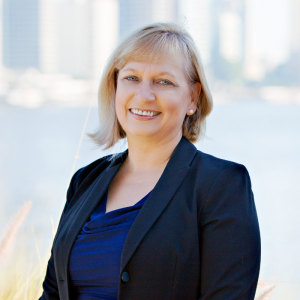 In addition to providing strategic management and support for Resources Unearthed, Irma is CEO of Stratus Financial Group and Head of Executive Strategies – a business dedicated to assisting executives and business owners to develop strategy and implement well considered, practical solutions for achieving (and indeed surpassing) personal and business goals.

In these roles, Irma recognised issues commonly experienced by time-poor executives and has developed an advice and support program aimed at overcoming, what she has aptly named, Executive Disorder.

Having commenced her career in South Africa with one of the world’s largest financial services organisations at that time, Irma’s grounding in ‘numbers’ was in the actuarial division. She later progressed into a State Manager’s role, responsible for adviser and broker relationships and overseeing the operation of multiple client service call centres and banking halls.

Here, Irma’s natural predisposition for problem solving was honed to meet acute strategic thinking as required at corporate level. Irma‘s work with individual business units led her to creating an innovative approach to business development that focused on the needs of front line operators. To this day, Irma draws on the practical insights and skills learned from that experience when providing strategic solutions for small and medium sized firms.

Since relocating to Australia, Irma has managed financial planning offices in Melbourne and Brisbane. Among her roles, ten years as CEO driving business growth. This experience consolidated Irma’s knowledge of managing niche SME’s in an Australian context and underpins her strengths in strategic planning, implementation and the measurement of outcomes.

Irma’s fundamental goal is to help teams to grow and develop into the happy and well-functioning engine rooms that operate behind the scenes of successful and sustainable businesses.

She works consultatively and collaboratively with business owners to create a positive culture and working environment with the tools necessary for supporting, recognising and promoting success at every level.

Naturally, Irma is the recipient of numerous excellence in business awards, including the 2021 Guy Carrington Award which is Fortnum Private Wealth’s most distinguished award, presented for individual excellence. Irma has also  played a significant role in the achievement of national financial services awards – Principal Practice of the Year (2016), Operational Excellence Award (2017) and Business Growth Award (2018) and ifa Holistic Financial Planning Firm of the Year (2019, 2020 and 2021). She was also named Client Services National Manager of the Year (1997) and the manager responsible for the Best Call Centre of the Year (1997).

Irma has a talent for identifying ‘quick wins’. These are the issues that require fine tuning rather than overhauling or re-invention. These usually involve identifying, then capitalising on existing strengths then encouraging and empowering teams to extend themselves to achieve more.

Born in a small community just north of Cape Town in South Africa, in accordance with Afrikaans tradition, she was named Johanna Elizabeth Maria. As the eldest daughter, Irma (the name her mother preferred) was given her maternal grandmother’s names. Irma describes an idyllic childhood living between blue mountains and amongst vineyards, achieving at school and loving sports. She met her husband at university and together they have raised a daughter. In 1997, seeking to build a better life for her family, Irma moved to Australia. Fully embracing her new home, she became a ‘proud Australian citizen’ in 2000.

BACK
Go to Top